Crystal Palace fans ought to rejoice, as a March 3, 2014 story on The Independent marks the return of the Eagles' talisman scorer. Tim Lewis writes:

Glenn Murray lived up to manager Tony Pulis' claim that he can be the man to save Crystal Palace's season with a late equaliser to snatch a point at Swansea.

The striker has made just three appearances this season after suffering a serious knee injury in May's Championship play-off semi-final against Brighton. But the 30-year-old, who scored 31 goals in all competitions last season, got his Premier League campaign up and running with a calm penalty eight minutes from time.

Pulis said: "Goalscorers are streaky and now he has got his first goal we are hoping he will get four or five before the end of the season because we will need them."

Pulis is also hoping that the return of Murray will spur the offense of Crystal Palace to push the London-based club to the middle of the table of the Premier League and avoid relegation. One can point to physiotherapy in London as vital to Murray's successful return to the pitch. 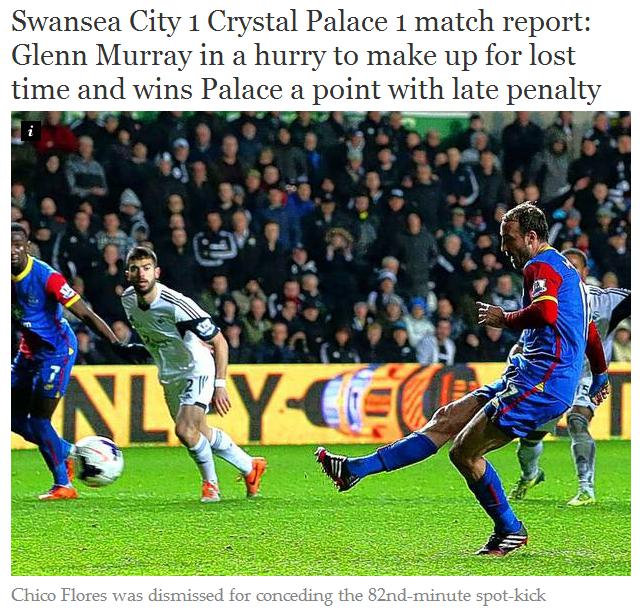 Crystal Palace lost Murray when he went down with a torn cruciate ligament in a game against Brighton in 2013. Effective rehabilitation helped Murray to return to the pitch and immediately contribute to the club.

However, footballers like Murray aren't the only ones susceptible to a serious knee injury. Anyone who over- or mis- uses their knees is in danger of tearing their anterior or posterior cruciate ligaments.

Physiotherapists like those at CK Physiotherapy know the anatomy of the knee and will coordinate with the patient's doctor to ensure that the exercises done by the patient will help him or her regain the use of his knee.

Injured football players and individuals need to have their knees restored to be able to do their tasks in confidence, and a reliable physiotherapist can help them achieve that.

(Source: Swansea City 1 Crystal Palace 1 match report: Glenn Murray in a hurry to make up for lost time and wins Palace a point with late penalty, The Independent, March 3, 2014)