Veteran tennis coach Phil has been teaching young people the game he loves for 20 years. For so long, he hasn’t experienced any sort of bodily breakdown, until recently, when he felt discomfort on his hands and wrists. A parent of one of his students suggested that it might be carpal tunnel syndrome, but he dismissed the notion on the belief that it’s only reserved for people who work all day on computers. It’s not. 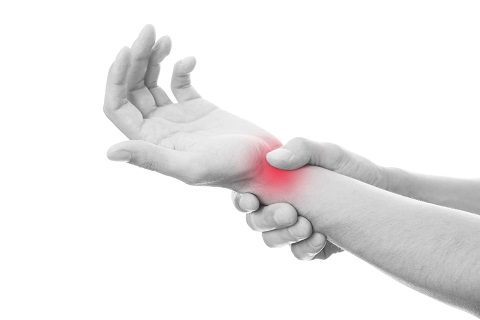 Carpal tunnel syndrome is a type of repetitive-strain injury, and Phil’s habit of swinging weighty tennis rackets has definitely taken a toll on his wrists. The condition gets its name from a portion of the wrist bones, where there’s a literal “tunnel” through which the median nerve passes through. This controls the sensation of two-thirds of the palm and fingers, and if they get squished inside the narrow tunnel, sensation is decreased and the common symptoms (tingling, numbness, and pain in the hand and fingers) are experienced.

Women in their 40s and 50s are two to three times more vulnerable than men to getting carpal tunnel syndrome, as well as those who use their wrists a lot either at work or play. Other risk factors include pregnancy, obesity, arthritis, diabetes, thyroid problems, and even genes (there have been studies pointing to the possibility that carpal tunnel syndrome may run in the family). Anatomic factors such as a wrist fracture or dislocation also exist, since such incidents can actually alter space within the carpal tunnel and subsequently exert extra pressure on the median nerve.

Fortunately, there are various treatment options for carpal tunnel syndrome, in the surgical and non-surgical classifications. A viable and proven effective non-surgical option would be standard physiotherapy, which includes activities such as stretching and range-of-motion exercises. Offered by companies like CK Physio (which serve the Ealing area), physiotherapy has been found effective for patients with mild to moderate cases. Other non-surgical methods include administration of nonsteroidal anti-inflammatory drugs (NSAIDs) and oral corticosteroids.

While treatments like standard physio abound, prevention is still much better (as most practitioners would say). Maintaining a healthy weight, avoiding smoking, and regular exercise are key, as well as keeping the arm, hand, and finger muscles strong and flexible. For individuals making use of their wrists daily, it is advised to take occasional breaks and to maintain a correct posture while working.

What Is Carpal Tunnel Syndrome? Patient.info